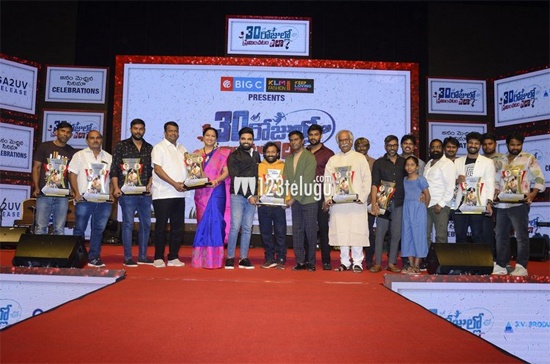 Popular television host Pradeep Machiraju made his debut as a hero with the recently released romantic drama, 30 Rojullo Preminchatam Ela. The film released on January 29 and received a good response from movie lovers. Thrilled with the film’s success, the makers held a Thank You meet last night in Hyderabad.

Speaking at the event, Pradeep Machiraju said that he finally succeeded in fulfilling his long-cherished dream of becoming a hero successfully. He said that the entire team mostly features newcomers and that they couldn’t have asked for a better debut. He went on to thank the team for completing and releasing the movie in cinemas despite facing several hardships and the audience for blessing them.