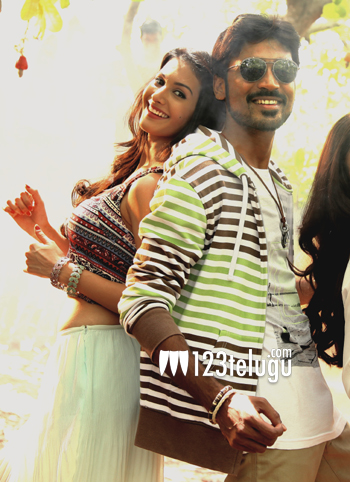 National award winning actor Dhanush draws huge admiration from his fans in Tamil and Hindi film circuits. Even though some of his earlier films won a little acclaim among the Telugu audiences, Dhanush could not manage to create a substantial fan base here. However, the recent hit film ‘Raghuvaran BTech’ succeeded in bringing much needed attention towards the star and his upcoming films.

Dhanush’s next release is ‘Anegan’ in the direction of KV Anand. The Tamil version is releasing on 13th February, and the distributors are already showing interest in acquiring the rights for the film’s Telugu version titled ‘Anekudu’. KV Anand, being a well known name among the Telugu film lovers with films like ‘Rangam’ and ‘Brothers’, is also adding to the commercial viability for the distributors.

We will have to wait and see if ‘Anekudu’ will have a simultaneous release in Telugu speaking regions along with the Tamil version.