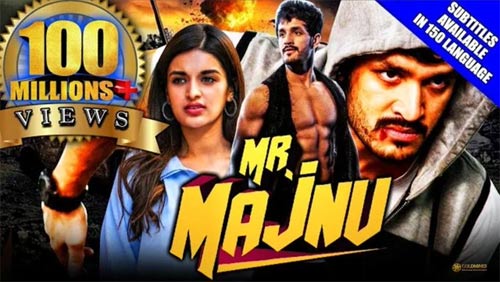 Mr. Majnu is a film that was a below-par success at the Telugu screens. But somehow, the Hindi dubbed version is doing wonders on Youtube and is impressing the northern audience.

The latest we hear is that the film has clocked 100 million views on Youtube. This is not an easy task and shows that Telugu films and south heroes are quite popular all over.

Mr. Majnu was directed by Venky Atluri and had Niddhi Aggerwal as the female lead. The film was a love story and showcased Akhil in a romantic manner.