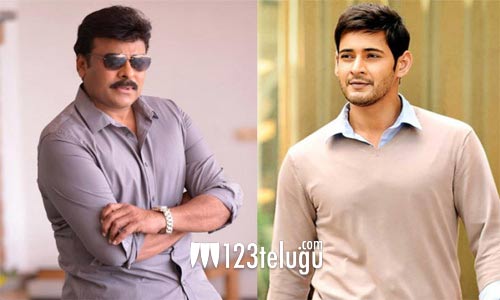 Hero Mahesh Babu is waiting to kick-start his highly-anticipated social drama, Sarkaru Vaari Paata. The shooting is expected to commence from January. Mahesh has not announced any new film after SVP, even though he may join hands with none other than star director Rajamouli.

Now, here’s an exciting buzz that’s doing the rounds in film circles. Apparently, before Rajamouli’s film, Mahesh may do a quickie under his Maharshi director Vamshi Paidipally’s direction. Apparently, this film will be an out-and-out entertainer.

Here’s more to the story. The buzz further has it that Vamshi Paidipally is planning to name the film ‘State Rowdy’. Needless to say, this will enthrall fans as Megastar Chiranjeevi’s 1989 film of the same title became a huge blockbuster. We will have to wait and see if this speculation about the Mahesh-Vamshi film turns out to be true eventually.