Crazy cast and crew of Mahesh Babu’s next with Trivirkam is here
Published on Aug 9, 2021 4:25 pm IST 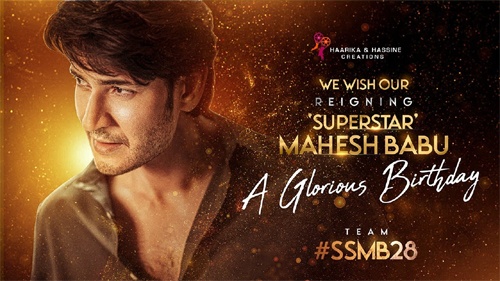 It is a known fact that Mahesh Babu is doing a film in the direction of Trivikram and the film was announced long back. As it is the birthday of Mahesh, the key team of this film has been revealed.

Firstly, as expected, Pooja Hegde has been roped in as the heroine of this film. Thaman will compose music for this film once again after Sarkaru Vaari Pata.

Editor Naveen Nooli, cameraman Madhie will be the core team for this film. The film will have art direction by AS Prakash and the shoot will start soon. This is Mahesh Babu’s 28th film in his career and the wait is getting heated up.