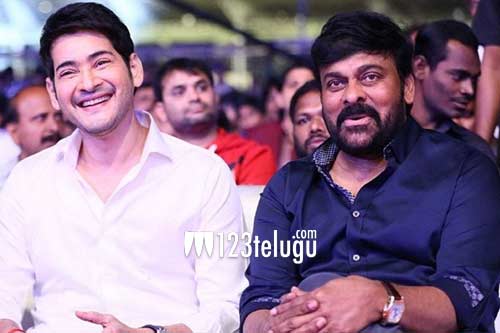 The shooting of Chiranjeevi’s new film tentatively titled Acharya is on in full swing in Hyderabad. A leaked picture from the sets of the film also raised a lot of curiosity a few days back.

Now, a crazy gossip going around is that none other than Mahesh Babu will be seen in a cameo in this film. The talk is that Koratala has met Mahesh to narrate the part.

As the small part required someone of the stature of Mahesh’s fame, Chiru and Koratala have approached the star hero. Though this news is not yet confirmed, it has caught on all over.

Mahesh has the highest regards for Chiranjeevi and we need to see if he says yes to this small cameo or not.