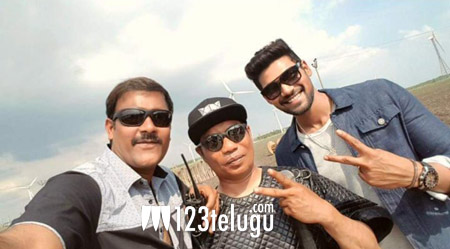 It is a known fact that Sriwas is directing Bellamkonda junior for an action entertainer. The latest we hear is that the crew has wrapped up a crucial interval bang episode earlier today.

This episode was shot in Pollachi where a special set was erected. Peter Heins composed this interval bang which is said to be the highlight of the film. Pooja Hegde is cast as the female lead and yesteryear actress Meena will be seen in a key role.

Abhishek Pictures produces this action drama which has cinematography by Arthur Wilson.