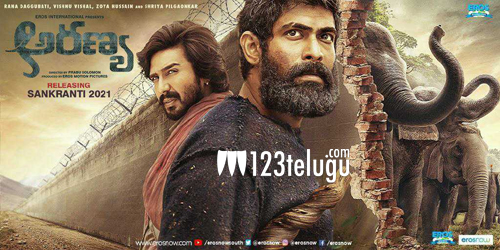 Rana is back in the game after a long time with the film Aranya. The film released yesterday to some really mixed reviews. Rana was praised but not the film which was directed by Prabhu Solomon.

The film is seeing some dull occupancy in the theatres and it has these two days to make the most of it collections-wise. Once the Monday arrives, the collections will go down automatically.

The film is showing some decent occupancy in the multiplexes but the single screens are being dominated by Rang De and Jathi Rathnalu.