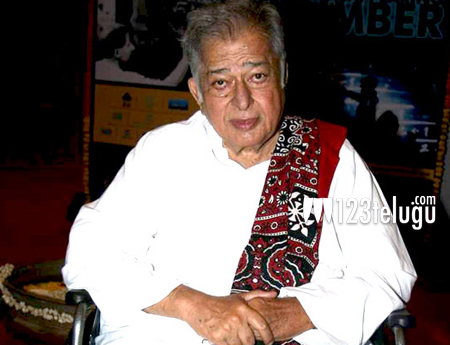 In a fitting tribute, the Government of India has conferred the legendary Bollywood actor and filmmaker, Shashi Kapoor, with the coveted Dadasaheb Phalke, India’s highest honor in the field of cinema. Born in the year 1938, Shashi Kapoor made his entry into the world of cinema as a child actor with ‘Aag’, produced and directed by his brother and yet another iconic Bollywood star, Raj Kapoor.

Later, Shashi Kapoor made his debut as a hero in the 1961 film ‘Dharmaputra’. In a glorious career that spanned over five decades, Shashi Kapoor immortalized screen romance in several classics like ‘Jab Jab Phool Khile’, ‘Neend Humari Khwab Tumhare’, ‘Raja Saab’ and ‘Kabhie Kabhie’, to name a few. The charismatic actor teamed up with legendary Hollywood director, James Ivory, and played the lead in several Hollywood films like ‘Bombay Talkie’, ‘The Householder’ and ‘Shakespeare Wallah’ etc.

The master then took to making films and also produced several landmark films like ‘Junoon’, ’36 Chowringee Lane’, ‘Utsav’ and even produced and directed ‘Ajooba’ and even won three National Awards.

123telugu.com salutes and extends its hearty congratulations to the legend.