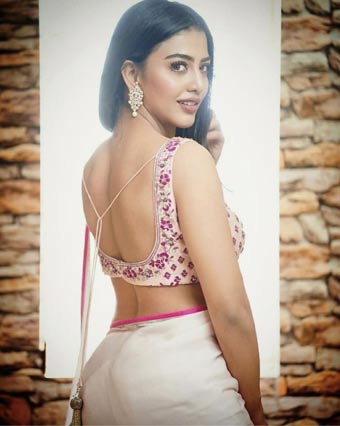 Delhi beauty, Daksha Nagarkar, who has scored back to back hits with Hushaaru and Zombie Reddy, got a chance to be a part of Nagarjuna’s Bangarraju. She roped in to shake her legs with Naga Chaitanya in a celebration song.

The shooting of the song happened recently in RFC and Mysore. She said, “It’s a grand festival song. The number is colourful and has all the vibes and elements typical of the Sankranti festival.”

“Many people advised that I should not do a special song, given that I have been getting great scripts. So I was confused. Then I had a conversation with director Kalyan Krishna garu who explained the song’s perspective,” she added.

Directed by Kalyan Krishna, Bangarraju also has Ramya Krishnan and Krithi Shetty as the female leads. Having Anup Ruben’s music, the movie is set to hit the screens on January 14.