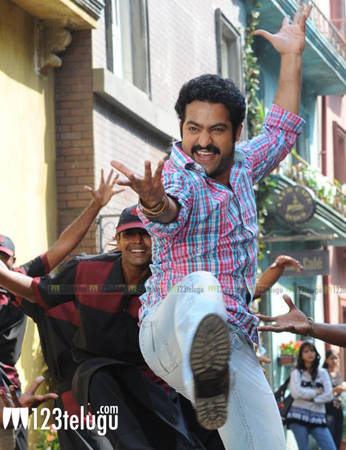 Young Tiger NTR’s mass action entertainer Dammu is showing all signs of becoming a major blockbuster this summer. The movie is doing terrific pre-release business as the industry report is very positive. Based on inputs we have received, the movie has already done a business of approximately 40Crores before release itself.

The combination of NTR and Boyapati Sreenu is raising the expectation on this film. If the movie turns out to be a decent offering as expected, it will turn into a bumper bonanza for everyone concerned.