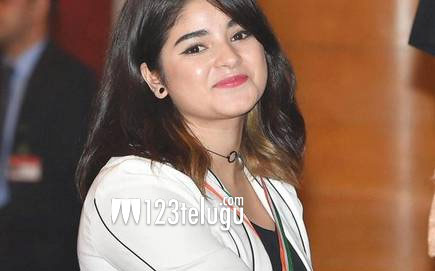 In a shocking decision which is receiving a strongly mixed response from fans and Bollywood circles, Kashmiri actress Zaira Wasim has announced that she will be quitting movies. On the day she turned 5 in Bollywood, Zaira revealed that her profession is ‘threatening’ her religion and Imaan (a Muslim’s steadfast path in Allah’s devotion).

The 18-year-old national award-winning actress, who gained prominence with her splendid performances in Aamir Khan’s Dangal and Secret Superstar, took to Facebook and explained her decision in a long post. Zaira said that although acting in Bollywood has given her immense love and popularity, she is not truly happy with all the fame and her line of work. She went on to say that she has felt like she has struggled to become someone else which she never wanted to become.

“While I continued to work in an environment that consistently interfered with my Imaan, my relationship with my religion was threatened,” Zaira wrote, further adding that she began to heavily rely upon Allah’s mercy for help and guidance instead of valuing her own believability.