Dangal actress quashes rumours about her link up with Aamir Khan
Published on Dec 25, 2018 10:02 pm IST 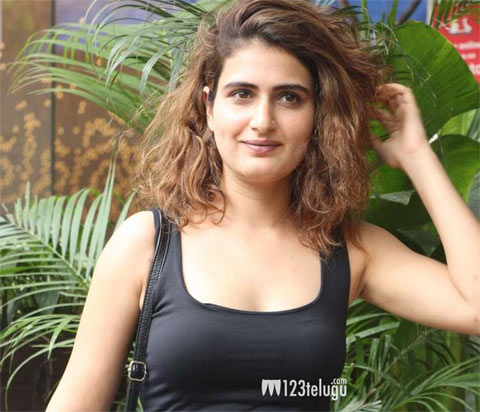 Fatima Sana Shaikh, who shot to fame with her phemonenal performance on Dangal, was reportedly shocked when a section of the media reported that she has been allegedly having an affair with her co-star, Aamir Khan. As soon as the actress signed Thugs Of Hindostan, which also had Aamir in a lead role, these rumours became even more wide spread in Bollywood.

In a recent interview, when she was asked about this rumours, the actress said she was quite disturbed when she read about it in the papers, and at times, even her parents used to tell her what was being published. “It’s very weird. I used to get disturbed and I felt like I should explain myself. If you are an aggressive person, you will attack. If you are a submissive person, even then you will talk about it. But, now, I do not feel the need to explain because I feel no matter what you do, people will talk about you. No point getting affected by it,” the actress said in a recent interview.

Fatima is yet to sign her next film, after Thugs Of Hindostan turned out to be a disaster at the box office.