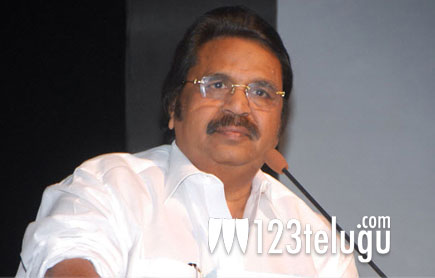 Veteran director ‘Darsakarathna’ Dr. Dasari Narayana Rao has created a flutter in film circles today with some sensational comments. He made the comments at a press meet held in The Film Chamber today.

“I will write a book soon that will expose the real histories of some film celebrities. I have given a life to many people in the film industry when they did not even have an address to their name. I have sacrificed a lot to bring people up in the industry and today, they are criticizing me and challenging me without respect”, he said.

Film circles are abuzz with speculation about the target of Dr.Dasari’s latest comments.