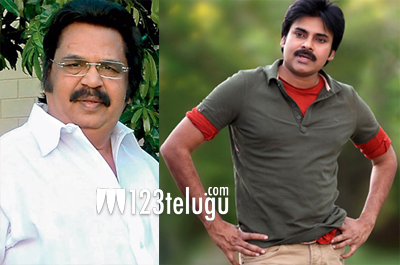 In what can be termed as a biggest coup in Telugu cinema, senior director Dasari Narayana Rao will be producing none other than Powerstar Pawan Kalyan’s next film. The veteran actor and filmmaker stunned everyone when he revealed this news on his official Facebook page yesterday.

The news quickly spread like wildfire and buzz says that Puri Jagannadh, who recently won Dasari’s appreciation for ‘Temper’, may direct the film. Dasari has been a longtime well wisher of Pawan Kalyan and he immensely supported Powerstar during his transformation from an amateur actor to a phenomenal youth icon. Fans still remember Dasari’s appreciative words during the ‘Tholi Prema’ and ‘Thammudu’ days.

The film will commence as soon as Pawan finishes ‘Gabbar Singh 2’.Keep watching this space for more details about the film.