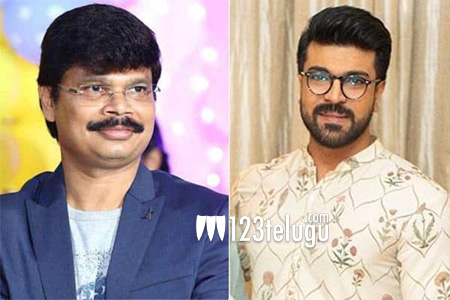 The shooting of Ram Charan’s latest film is going on in full swing in Azerbaijan and we have been bringing regular updates about the project. The news now is that the makers are planning to reveal the title and first look of the film during Dussehra festival on 19th October.

Some key action scenes are being shot as of now and Ram Charan will be sporting a massive tattoo on his arms and chest in this film which is an out and out action entertainer.

The team is working round the clock to wrap up the film in a quick time. Boyapati Sreenu is directing this film which has Vivek Oberoi as the main villain. Kiara Advani is the heroine.