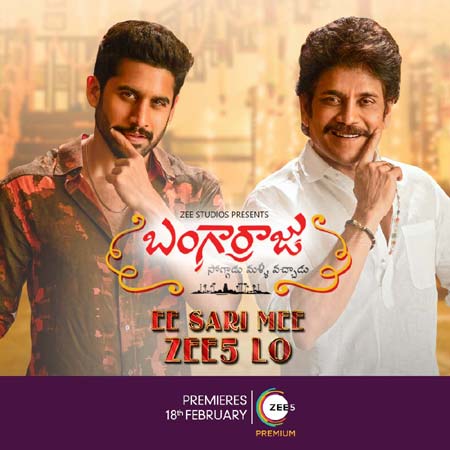 The father-son duo, Akkineni Nagarjuna and Naga Chaitanya, scored a solid hit with Bangarraju. Released for Sankranti, the fantasy drama is all set to make its way to the OTT platform.

It is confirmed that the Kalyan Krishna Kurasala directorial is all set to make its digital debut on February 18, 2022 on ZEE5. The OTT platform has released an official promo to announce the same.

Ramya Krishnan and Krithi Shetty are playing the female leads in this movie which has Anup Rubens’ music and Yuvaraj’s cinematography.