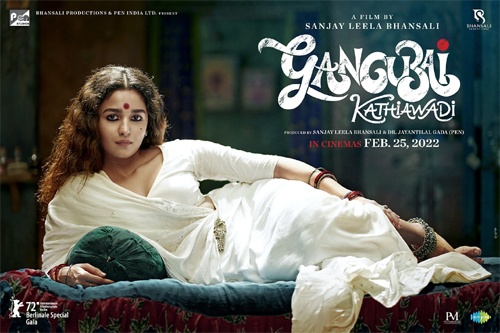 Alia Bhatt is undoubtedly one of the star actresses in Bollywood right now. Her upcoming movies, Gangubai Kathiawadi and RRR are confirmed to release on February 25 and March 25, 2022, respectively.

Now, the latest news is that the actress’ Hindi movie’s trailer is going to be unveiled on February 4, 2022. The makers have released an intriguing poster ft. Alia Bhatt to announce the same.

Bhansali Productions is associated with Pen India Limited to produce this film, which has the music of Ankit Balhara, Sanchit Balhara, and Sanjay Leela Bhansali.