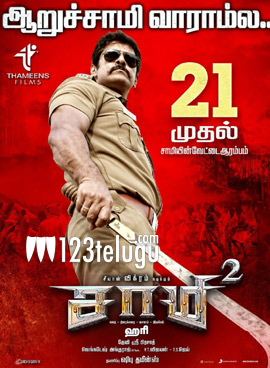 Chiyaan Vikram’s highly-anticipated action entertainer, Saamy Square, has finally sealed its release date. Confirming the speculations, the makers today announced that the film will be hitting theaters on September 21.

Saamy Square is releasing in Telugu as Saamy. The trailer for Saamy was released last week and the high-voltage action episodes and the overdose of mass elements were much-talked-about. Keerthy Suresh is the heroine in Saamy Square. Hari is the director and Shibu Thameens is the producer of this high-budget entertainer. DSP is the film’s music composer.