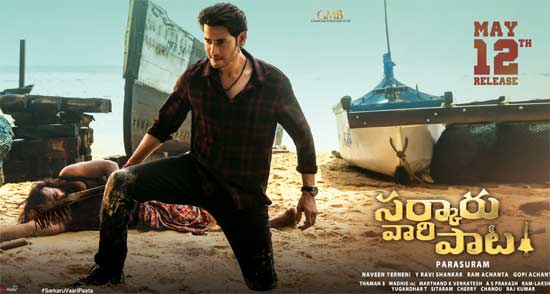 Superstar Mahesh Babu-starrer Sarkaru Vaari Paata created a sensation at the box office. Directed by Parasuram Petla, the blockbuster movie is all set for the world television premiere.

Noted channel Star Maa has announced that the world television premiere of the biggie will happen next Sunday i.e., on September 25, 2022, at 6 PM.

Sarkaru Vaari Paata has Keerthy Suresh as the female lead. Having Samuthirakani, Subbaraju, Tanikella Bharani and others in significant roles, the movie has the music composed by Thaman S.