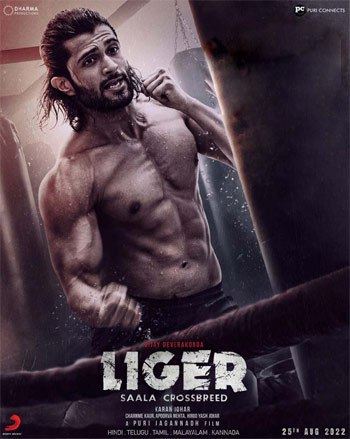 Liger was the first PAN Indian film for Rowdy Boy Vijay Deverakonda. The film came amidst heavy expectations but the content disappointed fans as it was not in the range of Puri Jagannadh. Moreover, the film has been in the news for a while due to a few legal issues.

The latest news is that the film will have its world television premiere on 11th December at 06:00 PM on Star Maa. We need to see how the movie does on small screens. The movie marked the Telugu debut of Ananya Pandey.