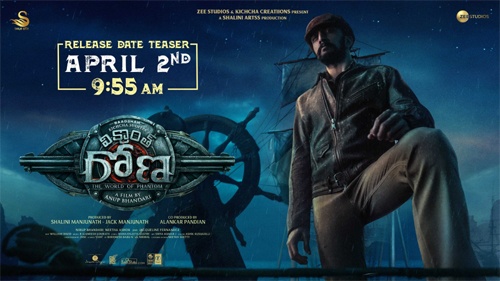 Now, the makers of the magnum opus took to social media and announced the release date of the teaser. As per them, Vikranth Rona’s teaser will be out at 09;55 AM on April 2, 2022, in all the major South Indian languages and Hindi. To our surprise, the movie will also be released in English.

Produced by Jack Manjunath, Shalini Manjunath under the Shalini Artss banner, the movie has B Ajaneesh Loknat’s music. It is heard that the makers will announce the release date along with the teaser.