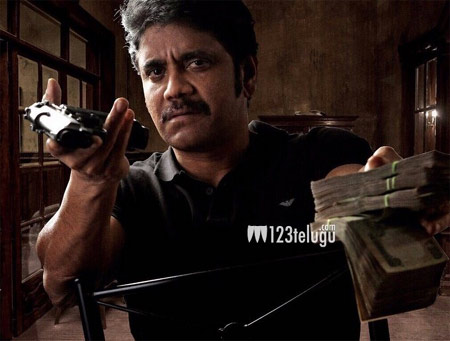 Hero Nagarjuna and Ram Gopal Varma, the duo behind the cult blockbuster Shiva, have joined forces for the fourth time after nearly 2 decades. The film’s second schedule is currently underway in Mumbai.

The latest reports reveal that the film’s entire shooting formalities will be wrapped up with the Mumbai schedule by March 30. Sapatham, Gun and System are said to be the titles under consideration for this high-voltage action thriller. Nag will be seen as a policeman in the movie.

Debutant Myra Sareen is playing the female lead in the movie and R Company banner is bankrolling it. The movie will hit the screens in summer.