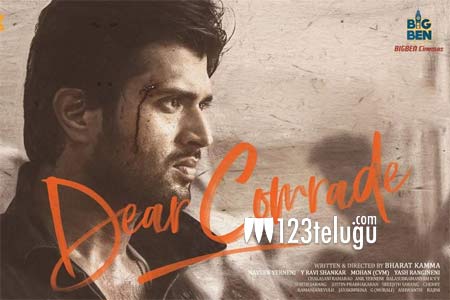 Dear Comrade is a film which many are waiting for eagerly. The film is a romantic drama and has Rashmika in the role of a cricket player.

Now, the interesting news is that the film deals with the sensitive issue of the casting couch. Rashmika and her journey to become a top cricketer go through these hurdles which have been showcased sensitively in the film.

Rashmika has done a superb job as her performance will be the highlight of the film reveal the sources. Bharat Kamma directs this film which will release tomorrow.