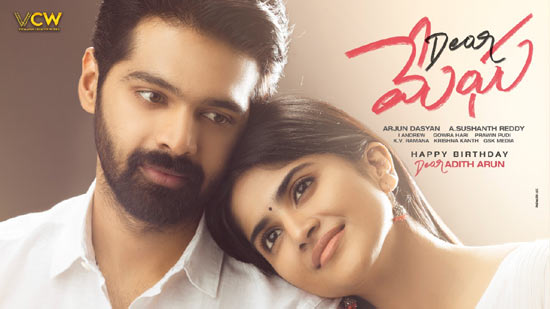 Megha Akash, Arun Adith’s upcoming emotional saga “Dear Megha” is all set for a Grand release in theatres on September 3rd.Starring Arjun Somayajula in a crucial role, the movie is directed by Sushanth Reddy and produced by Arjun Dasyan under Vedaansh Creative Works.

Despite holding the release copy, team Dear Megha waited for a theatrical release post the deadly 2nd wave of the pandemic. Now, looking at the amazing response to the movies after reopening the theaters, the movie team announced a grand release officially.