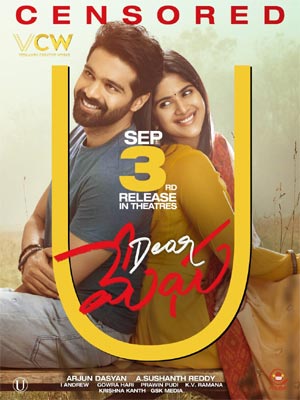 Dear Megha is in the news these days as the promos have caught on quite well. The film has now completed the censor with a clean U and is ready for a release.

The promotions have started in a big way and the makers are doing well to keep the film in the news. The film is up for a release on the 3rd of September and Sushanth Reddy directs it.

Megha Akash and Adith Arun play key roles in this film which is the remake of the hit Kannada film Diya. The pre-release event of the film will be held soon.