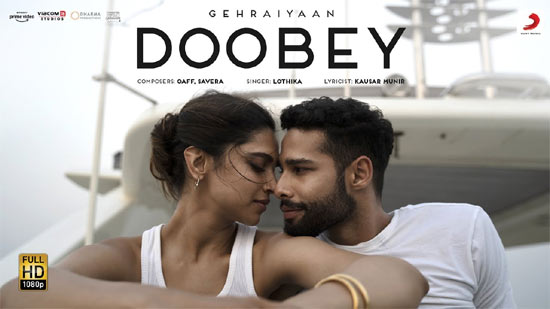 Deepika Padukone is doing a film called Gehraiyaan and we all are aware of it. The film will be out on the 1th of February on Amazon prime.

Now, the makers have started the promotions and the first song from the film named Doobey is out. The manner in which Deepika has gone all out and indulged in multiple love making scenes has shocked one and all.

The social media is filled with hate messages and many are trolling her for the way she has done these scenes in spite is being a married lady. Deepika has done bold scenes earlier as well but she has taken things to next level with this film.

But Deepika being the star, is not unfazed by the trolls and is happily promoting the film. Directed by Shakun Batra, this film also has Ananya Pandey as the other heroine.