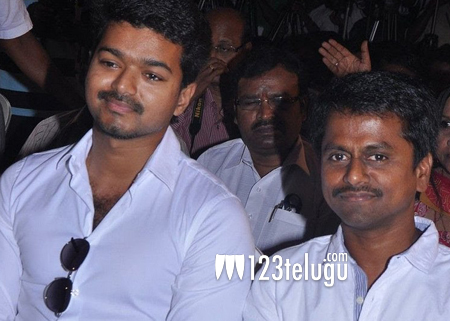 The recently released Kaththi has been going great guns at the tamil box office. This movie has a right mix of social message and entertainment. However, the makers of this movie are in trouble now. The latest buzz is that a case has been filed against Muragadoss and Vijay at the Madurai High Court. The issue is over a dialogue in the movie about the 2G scam. The implications of such a case are not yet known.

Muragadoss has also targeted a major beer company in this film. We have seen Muragadoss churning out films with social message from quite some time now. Only time will tell if this attempt has created a hurdle.