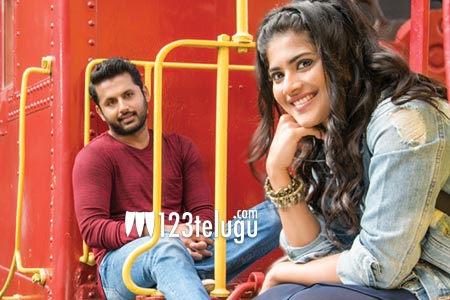 Now that the release date is nearing soon, some interesting aspects of the film are coming out one after the other. The latest we hear is that destiny will be playing a crucial role in the film.

The entire film is based on the ego clashes of the lead pair and whenever they break up, destiny somehow plays a hand and brings them together. Well, how does all this happen is the whole story of the film.

Trivikram has given the story for this film which has music by Thaman. The film is up for a release this 5th of April in a big way. Nithin and Megha Akash play lead roles.