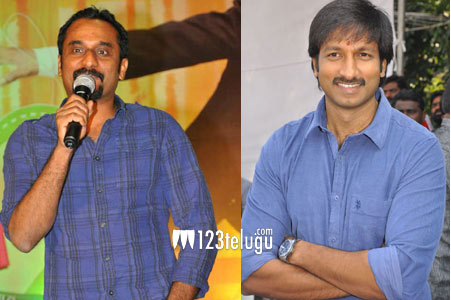 Director Deva Katta has made a mark for himself as a talent to watch out for, with films like ‘Vennela’ and ‘Prasthanam’. The director’s film ‘Autonagar Surya’ , with Naga Chaitanya in the lead role,has not released yet due to financial troubles being faced by R.R.Movie Makers Banner.

Deva Katta is now all set start a couple of new projects. He has announced a film with macho star Gopichand. “I wud like to inform that my next project is an action entertainer wth Gopichand, shoot starts in May”, he tweeted.

Deva Katta also had something to say about the release of ‘Autonagar Surya’ . “Just like many of u I’m also eagerly looking forward for ANS release”, he tweeted. Lets hope Autonagar Surya releases soon and let us also wish Deva Katta the very best for his upcoming project.