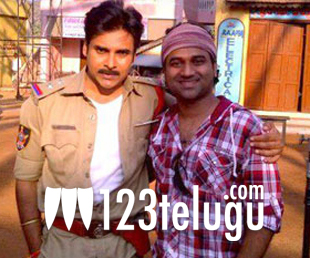 Power Star Pawan Kalyan takes a keen interest in the music of his film and that is the reason why most of his films have chart busting songs. For his upcoming film in Trivikram’s direction, Pawan is scouting for shooting locations in Spain.

Devi Sri Prasad is the music director of this movie and he has joined Pawan and Trivikram in the Spanish city of Barcelona to work on the tunes for the film. Shooting will begin in early 2013 and most of the tunes will be finalized by DSP before Pawan returns back to Hyderabad.

Samantha is the heroine in this movie and BVSN Prasad is the producer.