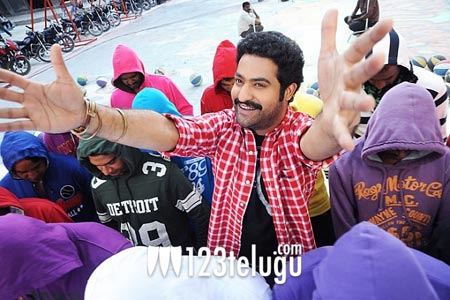 Young Tiger NTR’s mass action entertainer ‘Dhammu’ is all set to hit the screens this April. Only the last song remains to be shot and this will be completed in a new schedule that will begin from the 26th of this month. A big set is being erected for this purpose and shooting will be complete with this. Music is being composed by M.M.Keeravani.

Trisha and Kartheeka will be seen as the female leads in this film and Boyapati Sreenu is the director. Alexander Vallabha is the producer of this movie and K.S.Rama Rao is presenting the movie on Creative Commercials Banner.