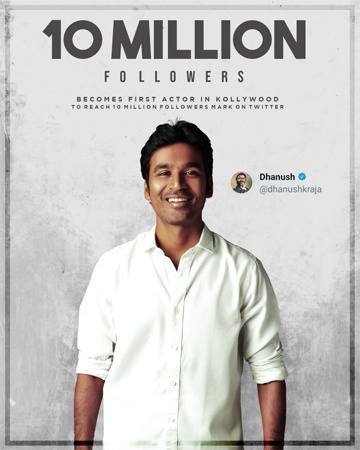 National award-winning Tamil star Dhanush has achieved a rare milestone on Twitter. The actor’s official account has clocked the 10 million followers mark on the popular microblogging platform. With this, Dhanush became the first Tamil star to pull off this remarkable feat on Twitter.

Apart from Twitter, Dhanush also has a sizable fan following on the other two popular social media platforms, Facebook and Instagram. While the actor’s Facebook page has over 7 million followers, his Insta account has over 2.8 million followers, making him one of the most followed heroes down south.