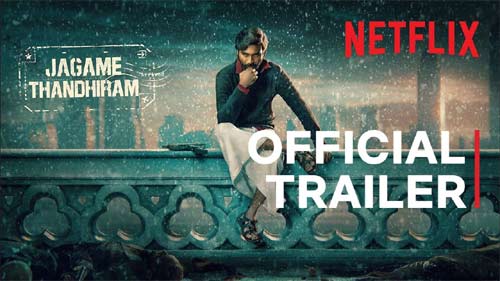 Fans of Dhanush were in for a big surprise when rumours went viral that the actor’s next film, Jagame Thanthiram will soon release on Netflix. As reported, the film will soon be out on Netflix and the trailer was out today.

The film is all about Dhanush who plays the local don in Europe and represents illegal immigrants. All this is showcased superbly in the trailer with Dhanush stealing the limelight with massy dialogues. The film will be out on June 18th.

The action blocks are also superb and give a solid effect. Directed by Karthik Subbaraj, the film is produced by Sashikanth under Y Not Studios. The film also stars Aishwarya Lekshmi and Santosh Narayanan has scored the music.