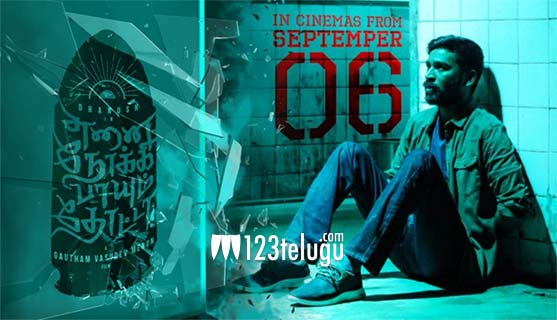 Dhanush and Gautam Menon worked together on a film called Enai Nokki Paayum Thota. The film has been in the making for the last few years and did not find its release date for a long time.

Now, the latest we hear is that the film will be out on the 6th of September in a grand manner. Megha Akash is the leading lady in this film and Rana Daggubati will be seen in a cameo.

Darbuka Siva is the film’s music composer. The pre-release event will be held soon.