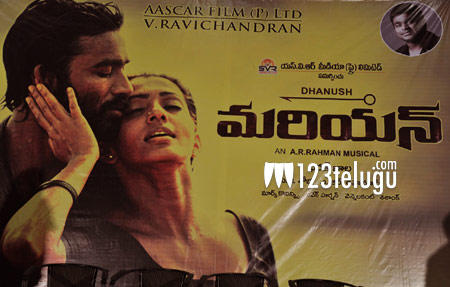 Thanks to the success of ‘Raghuvaran BTech’, the trade is witnessing unprecedented craze for Dhanush’s films. Recently, this Tamil star’s National Award winning film ‘Aadukalam’ has been released as ‘Pandem Kollu’. Now, Dhanush’s 2013 film ‘Maryan’ will also be releasing in Telugu. The film’s Telugu version’s trailer has been launched
yesterday.

Film industry is a strange place where a small success makes someone an overnight star. This is true in Dhanush’s case. Dhanush has been trying hard to create a base in Telugu films with several of his dubbed films since a decade. However, the recently released ‘Raghuvaran BTech’ quenched his thirst to score a hit in Telugu. The film went on to collect Rs.4 plus crores and is declared a superhit.