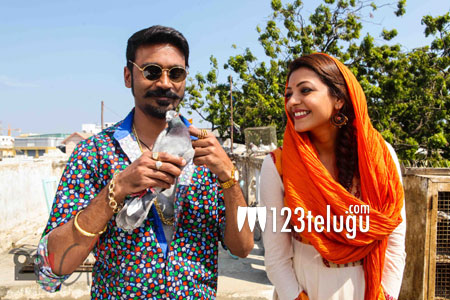 National Award winner Dhanush, created a decent market for himself in Tollywood with the hit film Raghuvaran Btech. Now, one of his hit Tamil films, Maari is all set to be dubbed in Telugu as Mass.

Latest update reveals that the film will hit the screens on the 18th of March. Kajal Aggarwal is the female lead and Balaji Mohan is the director. Dhanush will be seen as a local don in the film which was a decent hit in Tamil. Watch out this space for more updates on this project.