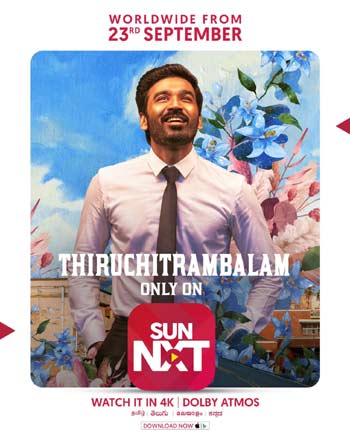 Tamil superstar Dhanush’s recent film, Thiruchitrambalam turned out to be a box office blockbuster. The Telugu
dubbed version of the film, titled Thiru also managed to impress the audience.

The latest news is that Thiru is streaming on Sun NXT now. The film can be streamed in Tamil, Telugu, Kannada, and Malayalam languages on Sun NXT.

On a related note, Vijay Deverakonda’s Liger has also made its OTT debut very recently. The film is streaming in all South Indian languages on Disney+ Hotstar.