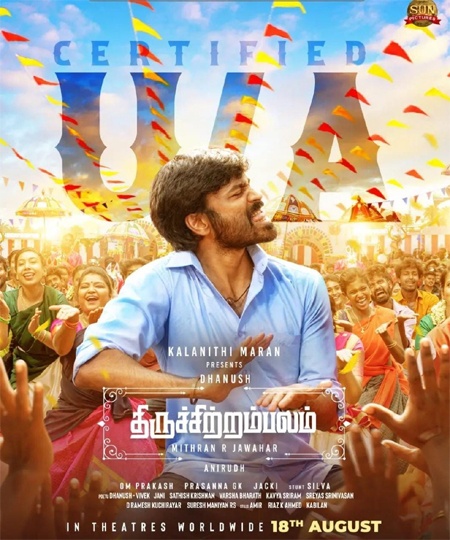 Star hero Dhanush, who appeared last in The Gray Man, is coming to entertain audiences with his next movie, Thiruchitrambalam. Directed by Mithran Jawahar, the flick has Raashii Khanna, Nithya Menen and Priya Bhavani Shankar as the female leads.

The latest news is that the movie has cleared all the formalities including the censor. The makers took to social media and announced the film was awarded a U/A certificate.

Dhanush will be seen as a delivery boy in this movie, which also has Prakash Raj and Bharathi Raja in pivotal roles. Produced by Sun Pictures, the flick has Anirudh Ravichander as a tunesmith. The film is confirmed to hit screens on August 18, 2022.