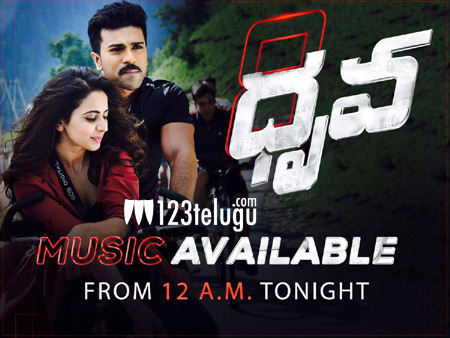 The spectacular trailer of Ram Charan’s forthcoming action thriller, Dhruva, seems unstoppable. The action packed trailer has already garnered 1 million views within just 12 hours of its release, becoming the first trailer in Tollywood to reach the milestone in such a short time.

The trailer also clocked more than 40,000 likes from fans, who couldn’t stop raving about it ever since it was unveiled on Geetha Arts’ YouTube channel last night. Needless to say, this positive buzz has raised the expectations on the movie several notches higher.

Surender Reddy directed this high budget entertainer and Allu Aravind and NV Prasad produced the movie together. Rakul Preet Singh is the film’s leading lady and Aravind Swami is the antagonist.