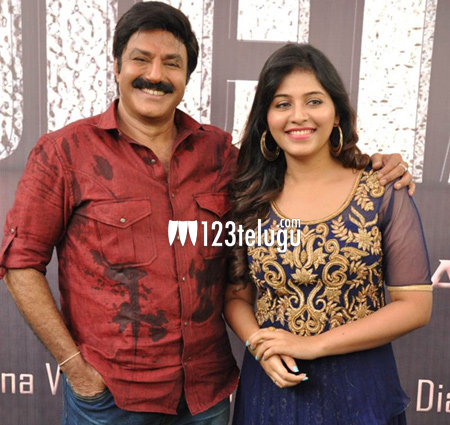 The unit of Nandamuri Balakrishna’s most awaited 99th film, Dictator, has wrapped up the Bulgarian schedule and returned to Hyderabad today. In this schedule, the team canned a couple of songs and a few crucial scenes, as the film is expected to feature an extensive foreign backdrop.

With this, all the attention has now been drawn on the launch of the film’s first look poster and the ‘Ganesha’ song this 17th as a Vinayaka Chavithi special. Apparently, Balakrishna’s energetic dance movements in the Ganesha song will be a memorable treat for his fans.

Sriwass is the film’s director and he is producing it along with Eros International. Anjali and Sonal Chauhan are the film’s leading ladies. The makers are planning to release the film during the Sankranthi festival.