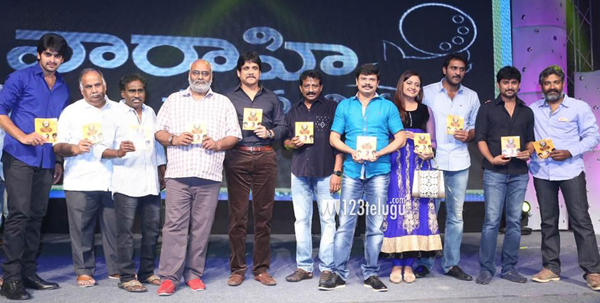 The audio album of Sai Korrapati’s production venture ‘Dikkulu Chudaku Ramayya’ has been unveiled today by the production unit at JRC convention in Hyderabad.

A number of celebrities attended the event and Keeravaani composed the music. Oohalu Gusa Gusalade fame Naga Shourya is the lead while Ajay will be playing an important role.

Ace director S.S. Rajamouli’s assistant ThriKoti is going to make his debut as a director