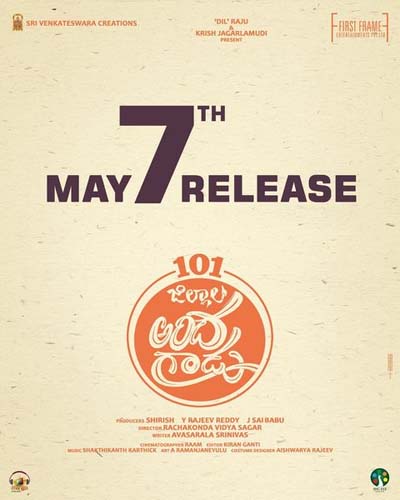 It’s been earlier reported that leading producer Dil Raju has joined hands with passionate director Krish to produce a low-budget romantic comedy entertainer. Titled Nootokka Zillala Andagaadu, the film has almost wrapped up its shooting except for a minor patchwork.

Meanwhile, the latest news is that the makers have decided to release the film on May 7, 2021. Being directed by debutant Rachakonda Vidya Sagar, the film has its music by Fidaa fame Shaktikanth Karthik.