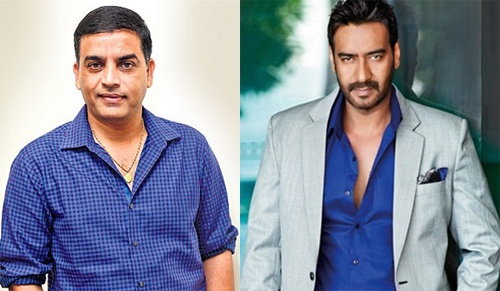 In an interesting collaboration, leading Tollywood producer Dil Raju has joined hands with top Bollywood hero Ajay Devgn for the official Hindi remake of Allari Naresh’s critically acclaimed courtroom drama, Naandhi. An official announcement in this regard has been made earlier today and more details about the film’s cast and crew will be out soon.

“Naandhi is an important film, exposing certain loopholes in the administration. The original Telugu version was effective and touched a raw nerve. Dil Raju & I have decided to join hands in remaking this film in Hindi to reach out to a larger audience. These are early days. The script is being finalised. Once we have the cast & key talent in place, I may be able to say more,” said Ajay Devgn, who is co-producing the film along with Dil Raju, Kuldeep Rathore and Parag Desai.