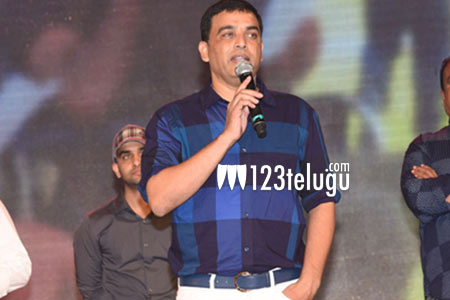 Dil Raju is not only one of the most successful producers in recent years, but also, he has launched the careers of several directors and actors in Tollywood. His latest production – Duvvada Jagannadham is the 25th film under his banner and it stars Allu Arjun in the lead role.

Speaking at the audio launch, Dil Raju said, “25th film is a landmark in every production house’s history. So, when it was my turn, it was my daughter who insisted that I should work with Bunny for my 25th film.” He also expressed his happiness about how DJ – Duvvada Jagannadham has shaped up and stated that it is going to be a big hit.

Directed by Harish Shankar, the film is slated for release on June 23. Pooja Hegde is the lead actress in this action entertainer.