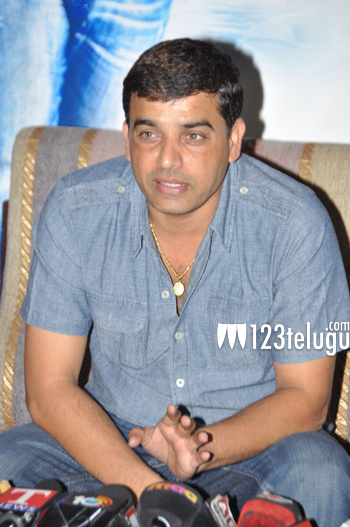 Widespread protests broke out across the Seemandhra region after the Union Cabinet cleared the Telangana proposal. The entire region is witnessing a 72 hour lockdown and protests are expected to continue for the next few days. Because of the agitation, trade analysts widely expected a postponement in the release of big budget films that were scheduled for a Dussehra release.

However, Producer Dil Raju is in no mood to postpone the release of NTR’s ‘Ramayya Vasthavayya’. During a press meet held at Prasad Labs today, Dil Raju reconfirmed the release date of his film. “We are confident that Ramayya Vasthavayya will release on 10th October. We may be delayed by a day or two if necessary, but not more than that”, he said.

NTR and Samantha will be seen as the lead actors in this movie and Shruti Haasan is essaying a crucial role. Harish Shankar is the director of this movie and Thaman has composed the music. The film is expected to be a powerful mass entertainer.