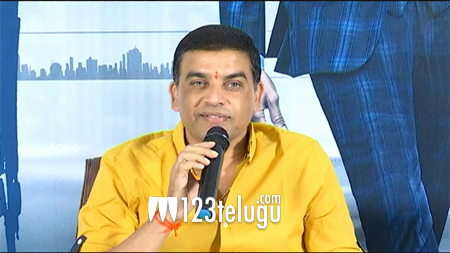 Dil Raju is foraying into Hindi cinema with two films which will be launched soon. Now, many are saying as Dil Raju wants to make big money he is entering Hindi cinema.

Speaking about the same, Dil Raju says that he is not after money and he is only entering Hindi cinema to expand his market and tell his stories to a wider section of the audience.

Dil Raju also told that he is after excellence, fame and producing good cinema but not after money. As of now, he is busy with the shooting of Sarileru Nikevvaru with Mahesh Babu.