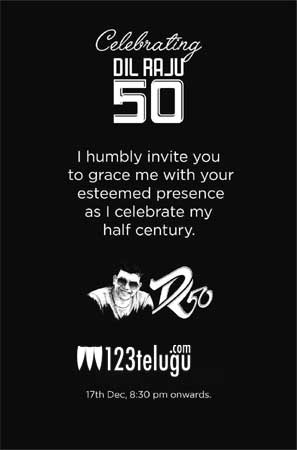 Star producer Dil Raju tied the knot with his wife Vaigha Reddy in a private ceremony at his hometown during the lockdown. He will be celebrating his 50th birthday tomorrow (Dec 18). His daughter Hanshitha Reddy is arranging a lavish birthday party for all her dad’s well-wishers in the film industry.

Apparently, Dil Raju will be utilizing this opportunity to formally introduce his wife to all the celebrities who will be attending the party. Dil Raju married Vaigha Reddy after his first wife Anitha passed away due to a cardiac arrest in 2017.

Pictures of Dil Raju and Vaigha occasionally make a splash on the internet. There were several reports recently that Vaigha is turning script writer with one of Dil Raju’s upcoming productions.