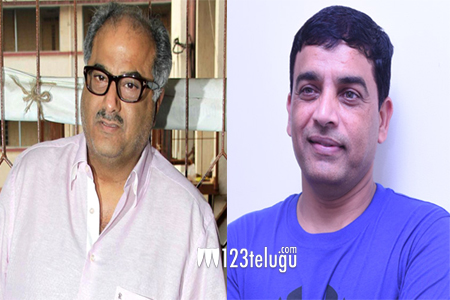 F2 is one of Dil Raju’s biggest hits in his career. Ever since the film released, there were talks that the film will be remade in Hindi. Looks like all the rumors are true as the film will now be officially be made in Bollywood.

The news is that Dil Raju has joined hands with Boney Kapoor and will co-produce this film. Anees Baazmee, the comedy specialist director will be making this film with star heroes.

There is also a talk that this film might be made as a sequel to Salman Khan’s No Entry as the subject matter of the film suits the script perfectly.