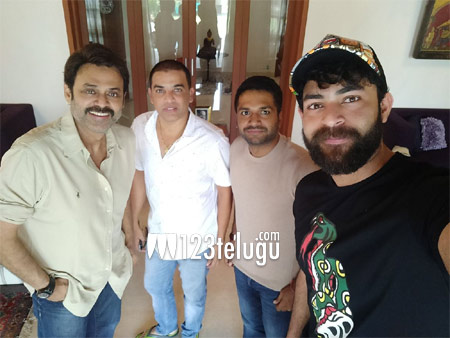 It is a known fact that Dil Raju is producing a multi-starrer with Venkatesh and Varun Tej. Titled F2, this film’s shoot will go on floors in the month of June.

Star director, Anil Ravipudi will be helming this film which will be an out and out laugh riot. The female leads and other technicians will be announced quite soon.

Varun Tej and Venkatesh will shoot this film along with their current projects which are already on floors.